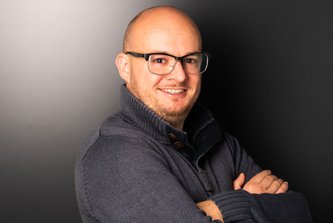 Paul initially trained a a theatre director, and now works in film and audio drama. .

As a writer-director his award-winning short films have been screened internationally. His short DUTY CALLS has also aired on Romanian television.

He holds a BA Hons in Drama and English from Edge Hill University and an  MA in Theatre Directing from  East 15 (supported by an Arts and Humanities Research Council grant).

He is a member of the Lincoln Center Theater Directors Lab, New York, Directors UK, Equity and the Writers' Guild of Great Britain. He is the Artistic Director of Northern Outlet Theatre Company.

GUY/ MAN/GUY (Kick It Down Productions)

(as writer-director) THE MAYORESS, THE MAN AT THE BOTTOM OF THE GARDEN, AFTER AUSCHWITZ

The LCT Directors Lab is a developmental program for nurturing stage directors from the United States and around the world. It is a series of workshops, readings, rehearsals, investigations, roundtable discussions, and studio productions to provide young directors with an intensive study of their craft while fostering collaborative relationships among a peer community of artists. The Directors Lab is geared toward professional directors in early career stages.

Six month period culminated in my directing the UK premiere of 74 GEORGIA AVENUE by special arrangement with the Tony and Academy Award nominated writer Murray Schisgal.

Work in an education setting

*Guest director at The University of Cumbria for the 2nd year BA production of THE LARAMIE PROJECT  adapted by Moises Kauffman and the Techtonic Theater Project.

* Guest director at The University of Cumbria for the 3rd year BA production of ONE FLEW OVER THE CUCKOO'S NEST adapted by Dale Wasserman from the novel by Ken Kesey.

* Guest Director at The University of Cumbria for the 2nd year BA production of William Shakespeare's THE TEMPEST.

* Guest Director at The University of Cumbria for the 2nd year BA production of Lillian Hellman's THE CHILDREN'S HOUR.

*Guest Director at The Academy of Science of Acting and Directing for a production of Reginald Rose's TWELVE ANGRY MEN with 2nd year students.

In addition to leading workshops with students from East 15, the Central School of Speech and Drama, Mountview and the Academy of the Science of Acting and Directing.

This voluntary position saw me facilitate weekly workshops with more than young people between the ages of 12 and 18. In this position I developed and nurtured links between the youth theatre and the wider community. This position saw me directing youth theatre productions, projects and workshops for schools These included the UK premiere of THE OUTSIDERS, based on the award-winning novel by S.E Hinton.

The play was subsequently nominated for ‘Reader’s Choice Award at The Bolton News Theatre Awards. Other projects went on to secure funding from Awards for All, feature as part of the Bolton Festival, on Granada Tonight and as part of BBC Blast.