As a director-producer Paul was selected as one of four finalists in Audible's Audio Drama Production Competition at the end on 2019. 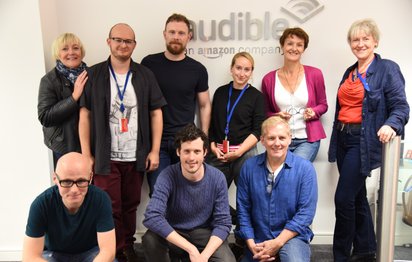 I HEART AMY - by Elizabeth Parikh

(as director and Assistant Producer)

Young widow Amy is moving forward with her life.

She has arranged to meet up with Joe, an old

‘friend’ to see if the two still share a spark – even

happens to be her dead husband’s best mate

from university who is facing a crossroads of his

own. At Bath Christmas Market the two make their

way through the crowds. Laughing and mulling

over the  past they reach the canal, where they

are finally able to be alone…

Engineered by James Signee, and recorded at the RNIB Talking Books Studios, London.

THE MIGHTY CARLINS - by award-winning

Selected to feature as part of the HEAR Now: The

Audio Fiction and Arts Festival 2014 and the

On the anniversary of his wife’s death, Leo Carlin and

his two sons come together for their traditional night

of sharing memories of the dearly departed Mrs

are  revealed. The Mighty Carlins is a black comedy

that celebrates a family at its worst.

In the serene garden of a Devonshire cottage, next door

neighbours Kenneth and Barbara  while away their

twilight years amid cups of tea, bonfires and a nice slice

of Madeira cake. Following the funeral of their friend

Judith, things are disrupted by the arrival of fellow

mourner Jim who opens up a hornets’ nest of secrets

that leads to blackmail, robbery and possibly even 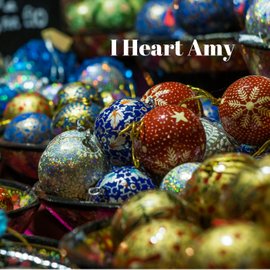 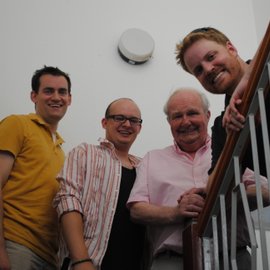 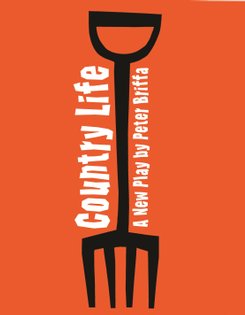 (as director and producer)

last fulfilled a lifelong ambition to join the force.

Now  on the beat with her mentor DS Angela

Appleby she  is determined to impress and to keep

the streets of North West England safe. After making

a gruesome discovery, the pair find themselves at

the centre of a tangled web of local corruption.

Ep 1 and 2 editing and sound design by: James Sigee

It was recorded at the RNIB Talking Books Studios, London.

NIGHT OF THE ORCHID - by Marty Ross

(as director and assistant producer)

shelter with her beloved Great Aunt at her house in

the snowbound Scottish countryside. In the house's

ruined glasshouse, the blossoming of a single living

the secret history of a house and its inhabitants.

A contemporary Gothic drama of desire and death,

and of love and vengeance beyond the grave.

Editing and Sound by: Malcolm Thorp & Aaron May

Engineered by Carlos Ziccarelli and Rohan Onraet, and recorded at the Unity Studios, London. 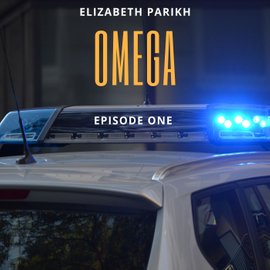 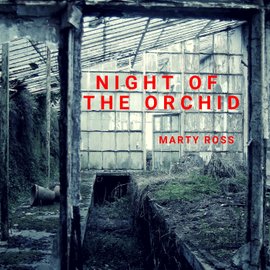 "..an entertaining, compelling, audio drama replete with fun, twists and surprises...It’s intriguing and captivating and at times laugh aloud funny...thoroughly enjoyable and engaging from start to finish"

"Director Paul Blinkhorn orchestrates the guttural opprobrium and speedy altercations while allowing unspoken emotions to gather and surface...Rush, rush, rush to Wireless Theatre Company’s website for a free download of this play"

"... a charming witty tale of life

"...cleverly constructed to lull you into

a state of false confidence, as a shaft of black humour cleaves through the script."

"...what really counts in Paul Blinkhorn's production is the conflict between the two male protagonists, sparring with one another like a couple of adolescents,

rather than two senior citizens

...a penetrating study of how people like to cocoon themselves from the outside world in their own personal Gardens of Eden..."